It was the third week of August and I was enjoying my summer holiday in Croatia. My last stop was Dubrovnik and I had decided that there must be something more to explore in this city other than the city walls and all of those annoying Game of Thrones souvenirs. I bought the Dubrovnik card – which grants you entrance to many museums and galleries in Dubrovnik – and I was off to my adventure. I ended my tour in the Museum of Modern art of Dubrovnik, where I visited the exhibition “Enthusiasm for ink wash painting” from artists from China National Academy of Painting. Almost two months later, when many of you follow, draw, or are interested in Inktober, I have decided that maybe now is the right time to familiarize you with the Chinese art form of the ink and wash (shortly, ink wash) painting.

The ink wash painting emerged in the Tang dynasty sometime in the 7th century, but it thrived mostly during the Song dynasty (960 – 1279), and all the way to the 16th century and the Ming dynasty. During the time of the Song dynasty, the ink wash painting became known as literati painting in which the artists used the literal shapes of the objects only as channels through which they can express their emotions, feelings, and thoughts. A great value was given to spontaneity and to the skill to quickly and sharply satisfy the heart – both of the painter and of the viewers. By finding inspiration in the Chinese history and culture, while in parallel reflecting the painter’s personal experience, this freehand, spontaneous, and intuitive brushwork allowed for great attention towards the painter’s own spiritual feelings. By using only ink and water, the painters incorporated only the shades of black, grey, and white and, only very occasionally, they were adding a bit of one extra color – usually red or blue. Unlike other, more realistic techniques in the Chinese art world, the ink wash painting did not bother about the richness of colors or the usage of vivid backgrounds. Instead with its large palette of ink strokes, thickness of lines, and large empty spaces, it focused on catching the “spirit” or the “essence” of the portrayed object, rather than its exact form.

The literati were very often traditional scholars and alongside their painting skills, they also learned extensively about poetry, music and musical instruments, calligraphy, strategy games, and seal art – which can also be seen incorporated into the ink wash painting, as seen on the picture on the left and the pictures below. Thus, for them ink wash painting was more than just a painting form. It was in a way a form of a philosophy, of spirituality; it was an artistic era in which the artist was showing his admiration and modest understanding of the universe. More precisely, the ink wash technique mirrored the fact that the universe is infinite, and thus it would have been silly for any literati to even try to depict the universe. The ancients masters chose on one hand to leave parts of the paintings empty and treat this empty background to be universe itself, but on the other they chose to use economical lines to catch the spirit of the portrayals that represented those minor parts of the universe that we can actually see and (try to) understand. In this way, by the interplay of rich, condensed lines and by leaving large empty areas on the paintings, the masters honored the Chinese culture and their philosophical thought that “the complete absence of things is better than having their presence”, or even the fact that there is that “moment when silence could speak much more than speech”.

The literati often drew nature and landscapes, and portrayed a peaceful and harmonious world in which everything and everyone – be it a royal figure, a lovely bird, a small insect, a powerful river, or a steep mountain – were considered to be equal and thus, deserved to be treated and respected equally. In this way, the literati also looked down upon royal painters and by creating works in the ink wash freehand style, they tried to cultivate morality and relieve the pain and anguish of officialdom.

Comparison with the western art forms and oil painting

Compared to the western art world, many would think the ink wash painting correlates somehow to impressionism (think of Claude Monet) which by using distinctive and thin brush strokes it put emphasis on the impression that the scenery leaves on us, rather than its factual depiction. Yet, the impressionism developed so late – in the 19th century in fact – that I cannot wonder if actually the Chinese masters were the ones who inspired the Europeans to experiment with the style. It is not a secret that Europe had a long-standing fascination and obsession with the (east-)Asian world, be it by using silk, porcelain, or tea.

Regarding the oil painting in general, ink wash painting (as already mentioned above) almost gave no importance to the usage of background. The figures often looked as if they were floating in the air, but if they were portraits, then they often tried to catch the person’s feelings, characteristics, or dignity, without paying almost no attention to portray shadows and realistic human anatomic characteristics. This is greatly different from the European art world of portraits (be it Mona Lisa, or the golden era of the Dutch painters), where the priority was always the truthfulness of the human anatomy. Thus, oil painters focused on catching the person’s physiognomy, while ink and wash painters give priority to portraying the character of figures.

This crucial difference also determines how we – as viewers – can appreciate and admire ink and wash paintings. Just like tea appreciation in the Asian world, ink and wash paintings convey feelings beyond description and need careful observation and probing into the hidden philosophy of life. Unlike the oil paintings which originated from huge frescoes and were meant to be observed from afar in the churches, cathedrals, and castles where they were displayed, the sharing and observing of the ink wash paintings has often been regarded to be a private moment. The literati would  often invite their friends over, wash their hands, burn scented sticks, meditate, and only then open up their collections for both compliments and criticism.

Contemporary painters build up on everything that the literati left behind, but they also adopt novel painting techniques (for example, they do use much more color) and enrich the topics portrayed in their paintings. The artists are not afraid to try diverse aesthetic styles and language forms and now – via their depictions of nature or of the human faces and bodies – they try to express their concerns for humanity or to examine the spiritual condition of the modern civilization. The contemporary artists also are more critical in their work regarding current political or cultural issues and through their work they encourage us to think about the role of globalization (for example, by painting monuments, buildings, and landscapes out of China and beyond the Chinese culture), as well as the possible spiritual, cultural, and linguistical issues that might come along with it.

So, what do you think of the ink wash style? Do you like it, and if yes – do you prefer the more old-fashioned or the more modern style? Would you like to read more about art? I enjoy visiting art galleries a lot, as well as reading about art and its influence on the World as we perceive it. I also like it when art forms are incorporated in movies or books, and when it comes to ink wash painting, the animated movie “Feelings of Mountains and Waters”, produced by the Shanghai Animation Film Studio in 1998, is considered to be a masterpiece of a sort of the Chinese water-and-ink animation. It incorporates ink and brush figures in picturesque landscape backgrounds created on rice paper, while the audience’s attention is kept by very life-like ink and wash paintings of the characters’ expressions and actions. If this post made you in any way curious about the world of ink and wash painting, you should take a look at this animated movie.

Note of the author: due to technical reasons, the featured image on the top of this post could not be properly linked. It is a replica from Cai Jingxing’s West Lake, retrieved from China online museum 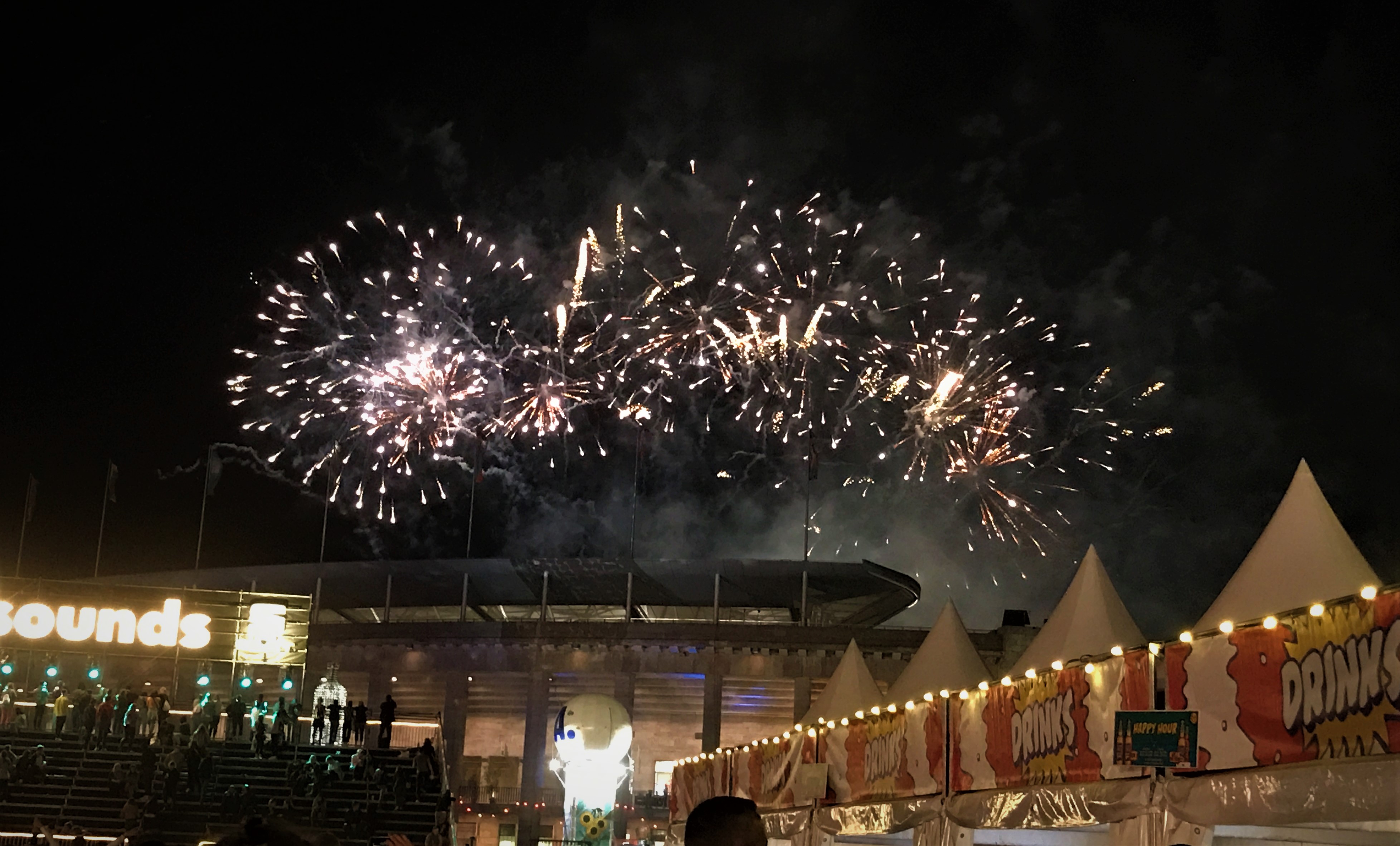 Lollapalooza Berlin: what can you expect? 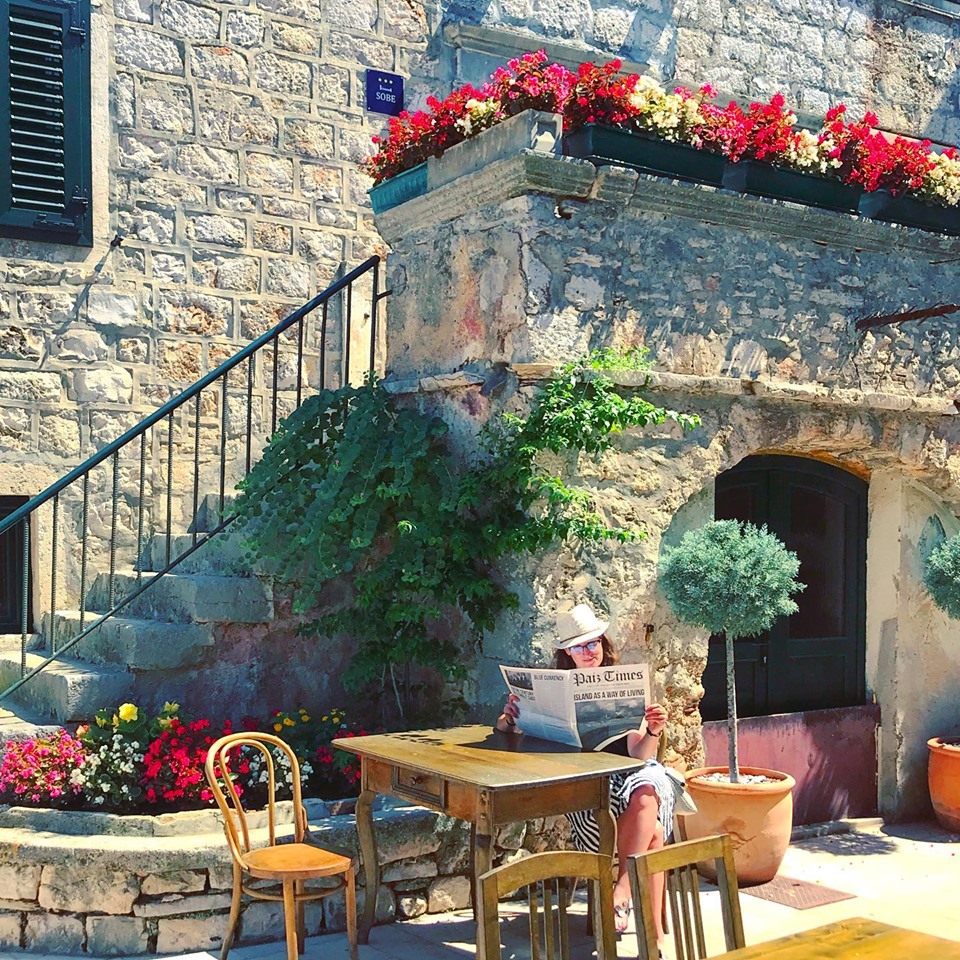