Can anyone tell me: when did we start preferring fake positivity over genuine emotional expression?

Stay positive. Be happy. Everything happens for a reason. It could be so much worse. Treating myself to forget I had a shitty day. Enjoying every small pleasure that life has to offer. Positive vibes only guys!

These sentences are everywhere. Now is the era of toxic positivism. We see picture-perfect lives on social media; people who practice “self-acceptance” and “total gratitude”, yet they seek external gratification through social media channels; and an absolute obsession with quotes on positivism. This is all seemingly harmless, except that is has now turned into a mass denial that life is not all about rainbows and unicorns.

Think of denial as a self-preservation technique. We spend so much effort in denying both our past and present negative emotions because they are simply too overwhelming. Too painful to deal with. Thus, it is way easier to deny the burdens and focus on fake positivism, keeping busy, or simply ignoring the core issue.

Interestingly enough, we adopt the same technique when we talk to other people as well. Instead of motivating them to display emotional honesty, we consciously encourage them to negate the existence of their negative emotions. Naturally, we have good intentions. We hope that this might help them on the long run. We tell them “to look on the bright side”; or, that “everything happens for a reason”. Or, to be grateful and to focus on the great things in their life. And, my favorite of it all: “do you know how many people live worse life than yours”?

I do know. Yet, that knowledge does not make my negative emotions and daily burdens any less relevant, valid, or important.

The two faces of toxic positivity

In this article, I will try to address both of these by structuring the article in the following way:

1. The dangers of fake positivity

My grandmother always likes to say that we all carry a mountain on our shoulders and that each mountain has its weight. To negate the existence of this emotional burden is to negate vital aspects of our existence.

Fake positivity is causing us to feel desperate for not being heard; guilty for feeling bad or unhappy in a World where everyone is so “content”; and finally, ashamed of bothering our close friends with something so “irrelevant”.

The truth is: there is no point in escaping negativity. Anything worth exploring, doing, or achieving will probably come with a certain amount of discomfort. Instead of denying the discomfort, a healthier approach is to develop understanding of our triggers, emotional responses, and behavior.

Focusing on fake positivity poses the danger of turning off your internal compass. Think about this: why do some thoughts or experience cause an absolute discomfort, but others do not?

Feelings like disappointment, embarrassment, irritation, resentment, anger, jealousy, and fear… are actually very clear moments that teach us where it is that we’re holding back. They’re like messengers that tell us, with terrifying clarity, exactly where we’re stuck. – Pema Chödrön

Therefore, although extremely unpleasant and often painful to deal with, your negative emotions and experiences allow you to grow. By consciously accepting and addressing your wounds, you allow yourself to make progress, to understand why you are stuck, and finally – with time, heal.

The first step is simply saying: it is fine to struggle. It is fine to feel pain, anger, disappointment, sadness and three billion other spectra of negative emotions. Moreover, embracing these emotions, together with the good ones, and anything in between, is what helps us build the emotional intelligence and emotional agility that can carry us through life in the healthiest possible way.

2. Emotional agility and the importance of acknowledging negativity

Susan David, the author of the book “Emotional Agility“, says:

Emotional agility is the ability to be with your emotions with curiosity, compassion, and especially the courage to take values-connected steps.

In a way, emotional agility provides us with the capacity to deal with the world as it is, not as our fantasies would like it to be. However, obtaining emotional agility is easier said than done and we have emotional rigidity to blame for this. Emotional rigidity is hindering our ability to make progress not only because it prevents us from quickly accepting and adjusting to sudden changes, but also because it prevents us to truly understand and verbalize our emotions.

Therefore, labeling our emotions as accurately as possible and acknowledging all the interwoven emotions that lie in the grey zone of the emotional spectrum is the foundation towards building emotional agility and abandoning fake positivity and emotional rigidity. Only then we can make the right decisions for us and truthfully tackle the issue.

Fake positivity vs. how to be brave in the face of overwhelming anxiety and pain

Although it flourished in ancient Greece and Rome, stoicism remains even nowadays incredibly relevant and useful for our struggling time. According to the book “Great Thinkers“, stoicism aimed at teaching people how to be “calm and brave in the face of overwhelming anxiety and pain”.

Stoics especially despised fake positivity. They were opposed to the idea that we should cheer ourselves up with beautiful fairy tales of how something bad won’t happen. Instead, the stoics believed that “anxiety flourishes in the gap between what we fear might, and what we hope could, happen. The larger the gap, the greater will be the mood oscillations.”

One way they suggested to shrink this gap was to systematically dismantle every highly improbable hope and bravely come to terms with the worst possibilities. The stoics believed that only when we accept these fears as likely possible future outcomes, we can actually cope if they come true. They encouraged people to reject fake positivity and embrace their negative emotions; embrace their fears of loosing their family, finances, or social status.

However, not many of us are able to do this. The idea to not only acknowledge the present struggles, but also to accept the possible future struggles is terrifying. And still, turning to fake positivity only amplifies these phobias. It is much healthier to realize that it is only natural to feel stressed, sad, betrayed, disappointed, exhausted, and that sooner or later it is inevitable to feel so, we can then welcome these emotions with certain clarity of mind. If we manage to do this, even for a short while, we will find out that our emotions are only bits of information, not a controlling power over our whole being.

One behavior that I often notice when people start to share their burdens is that the listener often rushes towards giving advice. We are, by nature, problem solvers. Sometimes, however, there is nothing we can do about these emotions except acknowledge them.

Most of all, sometimes people just want to be heard, not advised or helped. We are constantly bombarded with other people’s opinions regarding our lives, that we simply lack the time to say “it is as it is and that’s it”.

If a loved one ever approaches you, keep in mind that we are best helping our family and friends when we listen to them non-judgmentally and give non-toxic validation of their emotions. To not sound so abstract, I am sharing some examples how you can do that:

Contrary to popular belief, acknowledging and accepting our negative emotions will not make us unhappy. In the long run, it will help us develop emotional agility that will enable us to deal with whatever life throws at us.

Keep in mind that the first step is rejecting fake positivity is self-knowledge and the accurate description of your feelings. Try to drift away from emotional rigidity and polarizing your feelings as merely “good” or “bad”. Finally, embrace Seneca’s notion that “to reduce your worry, you must assume that what you fear may happen is certainly going to happen” in order to not only go through present hardship with certain clarity of mind, but also to be prepared for the challenges that the future will certainly bring.

Last, but not least, since I am a huge fan of philosophical talk on emotional maturity and emotional intelligence in the context of mental health, I have also created a “Meaningful and Focused December” calendar for you guys. Grab it from the pop-up on my blog and let me know what you think about it, as well as what your thoughts on fake positivity are.

Reader’s submission: My battle with anxiety, depression, and depersonalization-derealization disorder 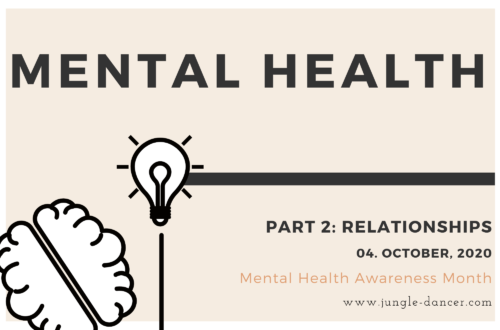 How do our relationships influence our mental health?