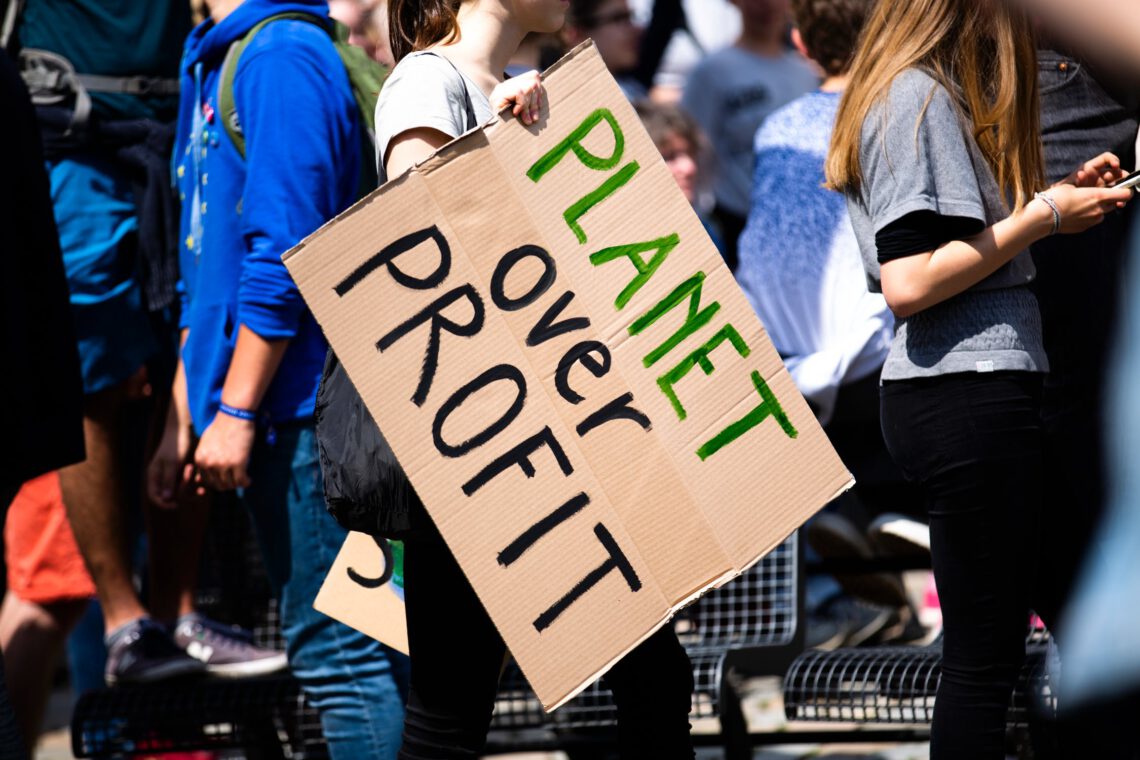 According to Oxford’s dictionary, profit is:

I am sure all of you knew this, but think about it like this. Even though profit can have a similar meaning to “benefit from [something]”, we most often correlate it to earning money. For instance, as individuals, we can say that we profit from reading books, having a healthy lifestyle, or flying less; but, we almost never think of these actions as profitable. Instead, we think of them as educational, or healthy, or beneficial.

We have built our entire system, World, economy – call it however you want – around the idea that, on a planet with limited resources, we should everlastingly and exponentially grow [our profit]. This is exactly the core of the problem: we think of profit only as GDP or earning money. Why? Because, if the top businesses in a country grow and if they bring more money to the Government, either via paying taxes, or attracting foreign investors, or exporting goods, then country’s GDP grows. If the GDP grows, the citizens will live a better and more satisfied life. Thus, profit.

Whose “profit” are we talking about when we say “Planet over Profit”?

However, in reality, it does not quite work like this. The repercussion of this phenomenon is an ever-increasing gap in the wealth distribution. Not only among countries, but also among people within those countries. The richer get ever-lastingly richer; the poor get only poorer and poorer.

This brings us to the second point: whose profit are we talking about when we say “Planet over Profit”? We mean: the big corporations. The businesses which keep on making large sums of money, without caring about any ethical, moral, or sometimes even some legally-binding laws. If they do not think about these, do you honestly think that they consider how their businesses affect the environment?

Thus, the slogan “Planet over Profit” is trying to raise awareness that choosing between making the tiny percentage of wealthy businesses, corporations, or individuals even richer vs. maintaining an inhabitable planet for everyone should not be a “choice” to start with. You would think, it is obvious we choose the planet. We choose the human race. We realize once and for all that we are all in this together and that the profit of the few cannot be put over the life of the many. But, is this really what we see?

The problem with the “Planet over Profit” slogan

When it comes to environmentally-friendly policies, laws, and societies, the discussion somehow always ends up revolving around the economy. Fossil-fuel lobbyists or big, wealthy, and powerful corporations spread panic and fear with statements like “the economy will suffer”; or, “the people will loose jobs”.

This is a powerful propaganda and we should not overlook it. The great media presence of climate-change negating movements is often leading to the average voter not supporting any “radical” environmental policies. Why? Because none of us wants to loose their jobs, be poor, or starving. And the climate change… some people think “terrible, but it is in the future” (no, it is not!). “I can loose my job now. The young and bright future generations will figure it out how to save the World.”

Through this fear-inducing propaganda, the dirty players have managed to ironically reverse the narrative of “Planet over Profit” to their advantage. They actually admit it to be true and use it as their main argument against climate-change policies! These corporations/businesses have managed to falsely convince a large amount of people that when we say “Planet over Profit” we mean:

Finally, even if these two statements were true, they should still be motivating enough for us to change our life styles. However, the idea to give up the comfort in order to ensure the comfort of the others in the future, is sadly not attractive to many. We are, after all, a very selfish species and we always choose immediate rewards. This is exactly why the anti-environmentalists can twist the meaning of “Planet over profit” so well.

“Planet over Profit” or can it be “Planet and Profit”?

Finally, we have to ask ourselves, do we really have to make this choice? Can we actually have green growth?

Dan: Don’t you also think that this might be the time that we can finally succeed presenting the argument that really green transformation is not bad for business? It is opposite! It is what makes you competitive.

John: Yes. And many businesses are understanding this and are implementing policies accordingly. Bank of America, for instance, is at forefront of efforts to help make sure that enough money is being put into these forward-looking businesses. So, if the big finance entities begin to make a tougher set of criteria for investment, we can begin to change very dramatically what is happening in our economy and globally.

In essence, what we are talking about is an economy transformation. Not jobless people. Not lack of jobs. Only, new, decent jobs. We have to rethink and restructure our economy in order to make it a sustainable one. Finally, we have to understand that environmental sustainability and decent work for all need to be tackled hand in hand.

This is not necessarily a new idea, but it is now more urgently needed than ever. Even in 2013, the International Labour Organization in its report “Sustainable Development, Decent Work and Green Jobs” wrote:

While it is certain that environmental degradation and climate change will increasingly require enterprises and labour markets to react and adjust, the goal of environmentally sustainable economies will not be attained without the active contribution of the world of work.

The environment and social development must no longer be treated as separate pillars of sustainable development, but rather as closely interrelated dimensions. Such an integrated approach turns the drive towards environmental sustainability into a significant avenue for development, with more and better jobs, social inclusion and poverty reduction. Positive outcomes are eminently possible; however, these require county-specific policies that seize the opportunities and address the challenges identified by integrating environmental, social and decent work elements and ensuring a smooth and just transition to sustainable economies. The opportunities for gains may in fact be greatest in developing countries and emerging economies.

Another more recent report “The employment impact of climate change adaptation”, is investigating in details not only the negative effects that climate change has on employment, but also how adaptation measures can create jobs and protect workers and incomes.

The pursuit of sustainability in the energy sector would create around 18 million more jobs globally by 2030 compared to what would pertain if the business-as-usual path were continued. Employment creation would be driven by the higher labour demand of renewable energy sources; as well as of the entire value chain associated with renewable energy, electric vehicles and construction of the necessary infrastructure. Such a scenario implies the reallocation of employment across sectors, since employment in utilities, mining and fossil fuel-related industries is expected to decrease.

“Planet over Profit” is trying to raise awareness that the era of the non environmentally friendly businesses should come to an end. However, major polluting and fossil fuel oriented businesses have twisted the meaning of the very same slogan and used it to their advantage. They have convinced the average person that building environmentally-friendly and sustainable society will lead to major job losses, causing the people to live in poverty and hunger.

These businesses never address the facts: that we are loosing food, water, and fertile soil; that we are loosing precious working-life years because of human-induced or climate change-related disasters; that rising temperatures are lowering our productivity; that rising temperatures will cause massive migration; or, that several millions of jobs relay on the environment providing services for us. Thus, we have to move away from the businesses that do not address these problems in their business plans.

We have to evolve – both economically and personally. Sustainable development and job generation can and must go hand in hand. If we properly transform and redistribute our resources and efforts, we can not only live more environmentally-friendly, but we can also create many more jobs and provide decent works in both developed and developing countries.

Last, but not least, even though “Planet and Profit” can hold, we should also rethink how we evaluate the meaning of the word profit. Maybe the time has come when we should focus on the happiness index – as New Zealand or Bhutan have done – and try to live in a world where happiness does not revolve [only] around money and GDP.

P.S. Motivated by what you are reading? Interested how you can change your life style to live more environmentally friendly? Then check this. 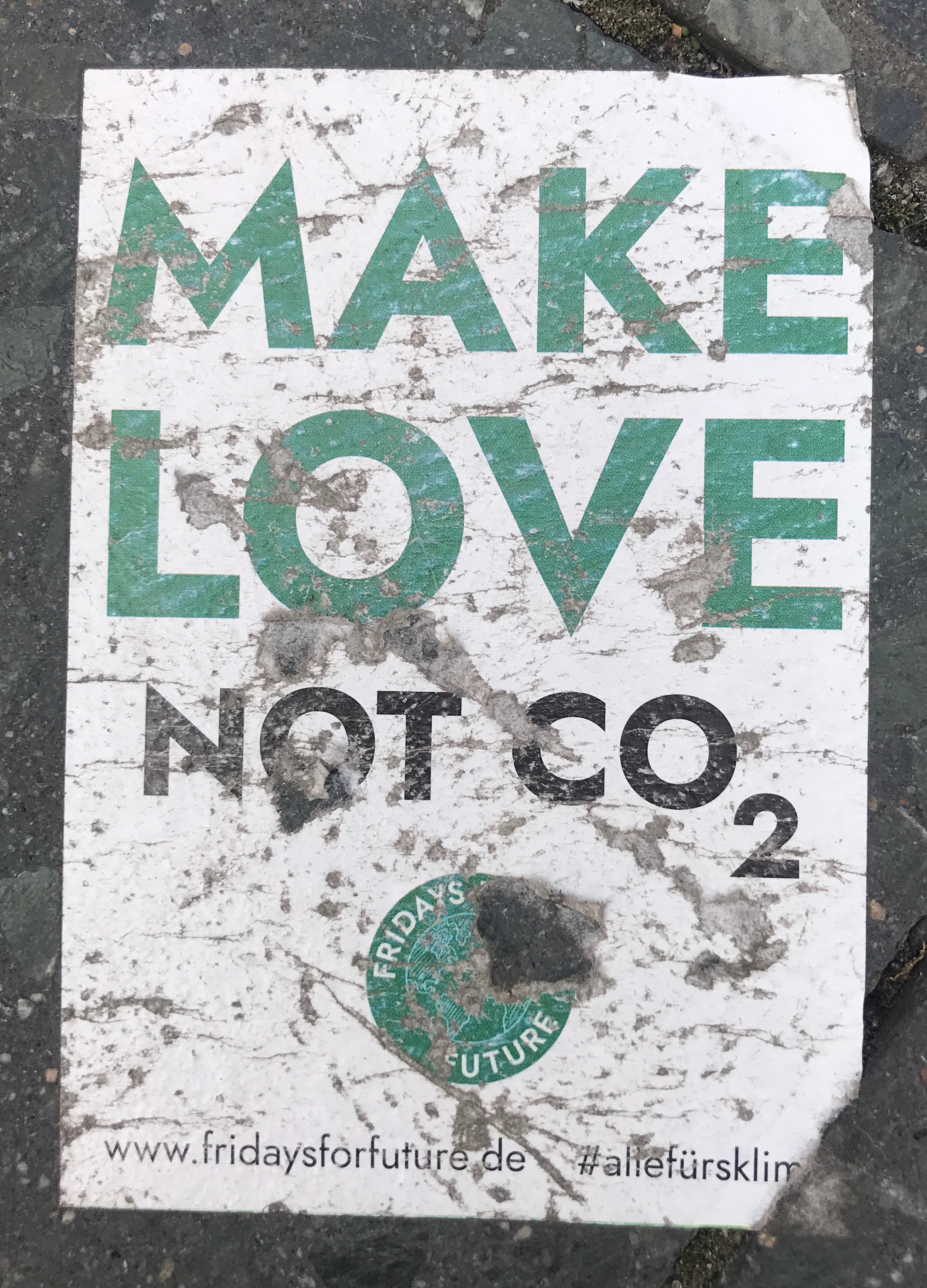 Develop these 12 sustainable habits for an eco-friendly life 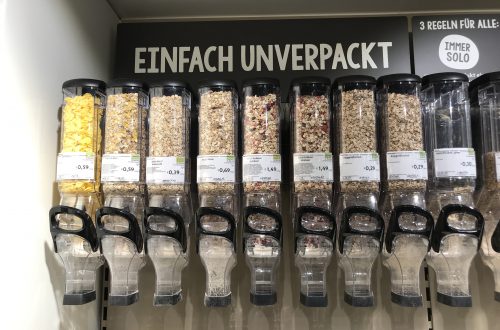 Plastic-free month: how can you do it?